Share
Today is Claire's first day at her new school.  It's a brand new facility, and it is a combination preschool and daycare.  Right now, Claire is going to start with just daycare, but we might add morning preschool two days a week for her.  She will start at the district preschool in January, and it will be four mornings a week.  I think the two mornings of preschool might be a nice transition for her.

Claire has been at her previous daycare center since just before her first birthday.  They were there through so many milestones...crawling, walking, first signs and first words.  It's bittersweet to leave, but Claire needs a different environment.  A room full of 13-16 months old isn't challenging  her to do new things, and they are prey for her constant biting.  Her last day at daycare was *hard*.  She came home with six bite reports, when her previous record was three. 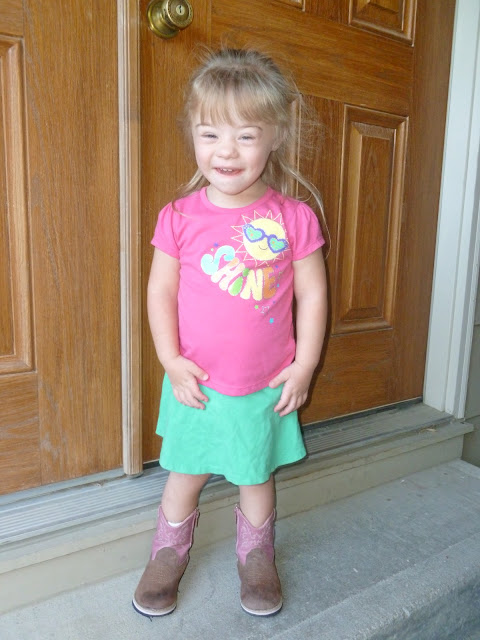 Claire will know four or five kids at the new center.  They are mostly kids that were in the previous daycare, but that had to move because they had turned three, so she hasn't seen a couple of them for a while.  I'm glad she will have some familiar faces, but am still awfully nervous.  It will take the staff a  little while to get to know Claire, and while her speech is coming along, her two dozen or so words won't tell them much.  The director has been brushing up on her signing skills, but I have a hard time with some of Claire's signs occasionally, and I know my girl well.

The drop off at school this morning went....ok.  I wasn't as impressed as I wanted to be.  The daycare room has doors off of it that lead to the kitchen and the lobby.  Apparently, they usually leave these doors open.  In the 20 or so minutes I was there with Claire she was (obviously) in and out of all the rooms many times over.   She may stay in her room with the doors open, but I seriously doubt she will.  Other things will probably need to be moved if the staff doesn't want her touching them.  A cd player on a low table just calls Claire's name.  I know we will get these things all worked out together, but today I have a feeling that Claire will show the staff * exactly* what changes need to be made.  The staff that was in there this morning already remarked on how busy she is...yes, she's 2 1/2.  She's into everything, exploring and playing.  You will not be able to sit back and just watch her.... 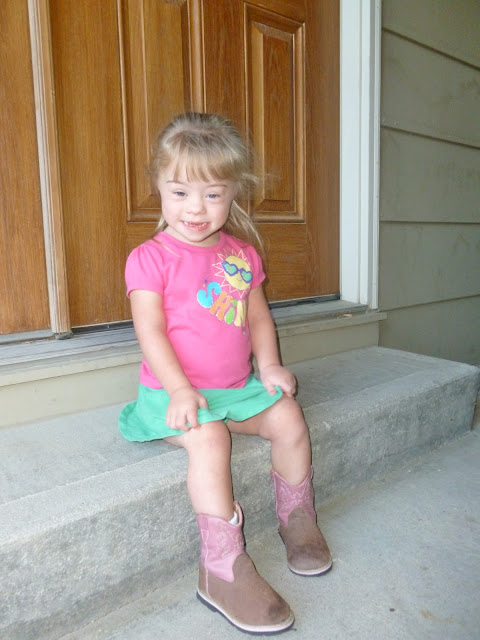 The daycare room only had about six kids in it this morning, since a lot of them are in preschool.  This should give the staff a chance to get to know Claire a bit more before they add a bunch of kids for lunch and afternoon daycare.

I hope that this change will be exactly what Claire needs.  She'll have peer models that are once again older than her.  I hope that her speech continues to take off, and that her behavior gets under control.  I hope that this is just the transition she needs to be successful in preschool in a few months. 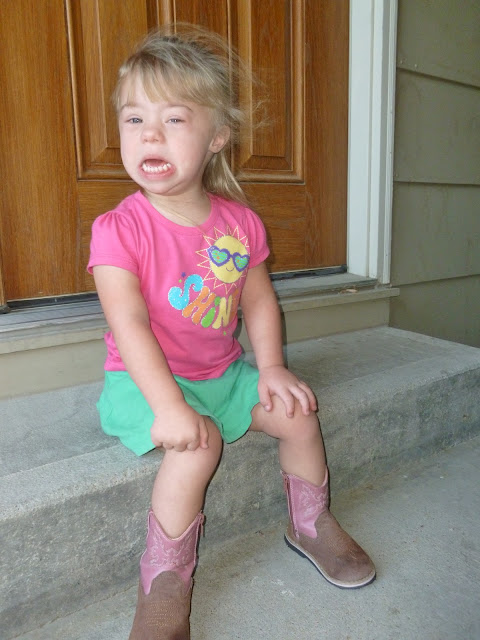