Share
We live in a small town.  A town were many people, ourselves included, farm and ranch.  It isn't just a job, but a way of life.  And because our little town is agriculturally based, county fair is a big deal!

Since Claire is too young to be in 4H our fair week started by watching the kids rodeo.  When we first got into the grandstands Claire was not happy.  The announcer was very loud, and she burrowed into my lap.  Once the performance started she got into clapping for the kids, and seemed much happier.

Saturday morning was the fair parade.  Once again Clairey was a little overwhelmed with all the people and stayed glued to my side.  To try and get her into the action a bit more a friend and I took our shy kids and sat with them in the middle of the street.  Claire was bewildered by the flying candy at first, but by the middle of the parade would yell and clap each time a handful of candy came her way.  She was completely uninterested in picking any of it up, but she had plenty of friends share with her.

I sat crossed legged in the street with Claire on my lap for over an hour.  I didn't know if I would be able to stand up at all after that! 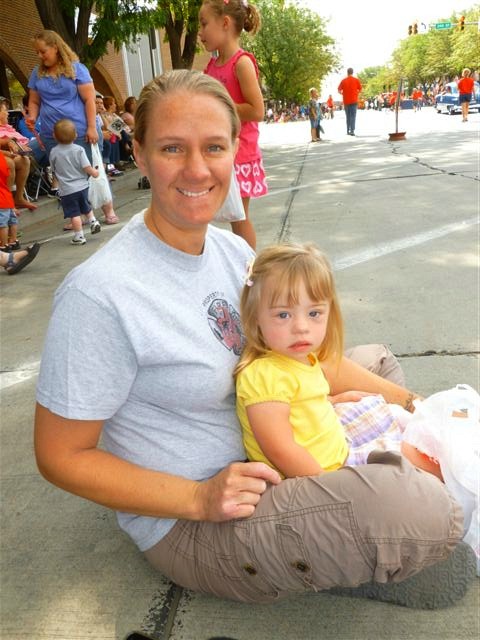 Terrible picture because Claire almost refused to get off my lap, but first...look how long her hair is!  And the boots.  There is nothing cuter than Clairey in boots and a skirt! 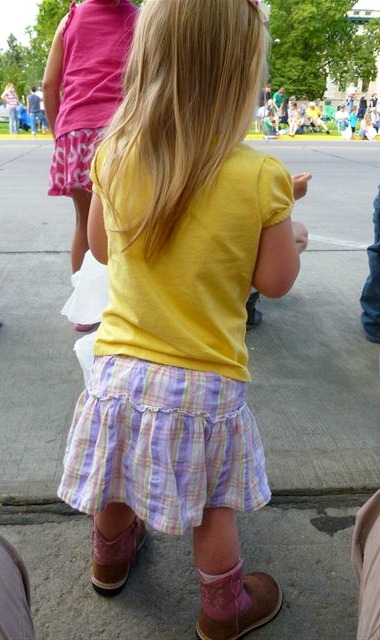 After the parade we went back to the fairgrounds to see the animals.  A friend was showing pigs so went into the pens to pet them.  It took quite a bit of convincing to get Claire to even touch one. 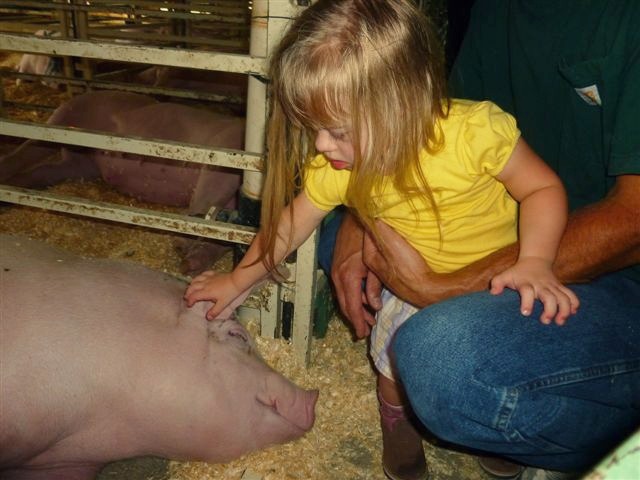 She thought the ribbons were much better than the pigs.  :) 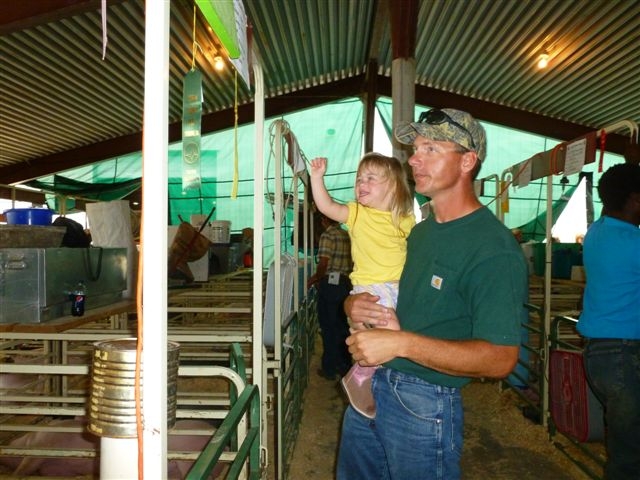