Share
Well, that was a longer blog break than I intended to take....

So first a little catch up.  The day after my last post (weeks ago!) Claire had her annual eye appointment.  Since we were coming off of the trauma of a blood draw and a haircut, there were the expected tears.  Still we managed to get her eyes cleared for another year.  She is slightly far sighted, but the dr didn't expect that she would need glasses until she was school aged, at the earliest.

We got home last night from vacation.  And while I wasn't ready for vacation to be over, there is still something so comforting about pulling into your own driveway after being away.

Claire did great on both flights, even though she was awake the entire way there.  It was a little difficult to keep her occupied, but since one of the ladies in front of us said she didn't even realize Claire was behind her, I think we did ok  :)

We spent the last few days with family in Michigan, and had a fabulous time.  As expected, much of our time was spent on the lake or in the pool.  As much as Claire enjoys the bath I knew she would love the pool, and she didn't let me down.  We were in the pool for hours a day, and most days she would have happily stayed in longer.  There were lots of pruney fingers and toes! 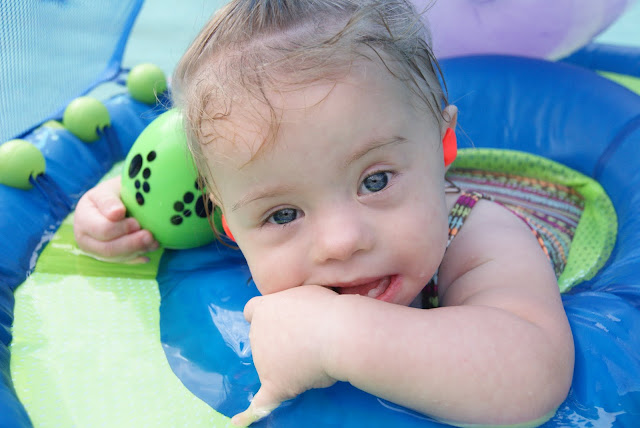 The ear plugs didn't really work.  I don't know if we were just doing them wrong or what, but they lasted, at most, ten minutes.  I wasn't planning on throwing Claire in the water (and we didn't), but when she was blowing bubbles or leaning forward in the floaty for a toy, the water did come awfully close to filling her ears at times. 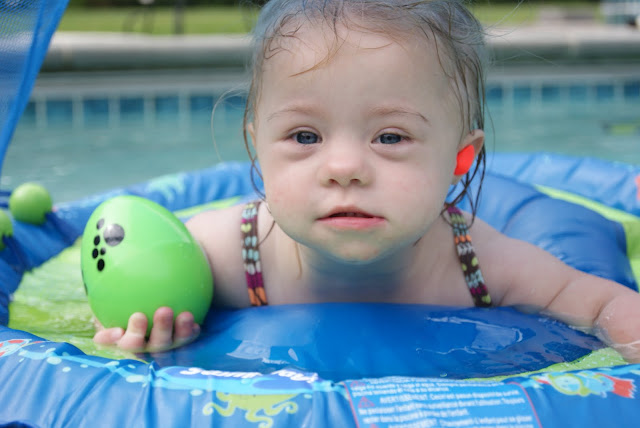 Claire was funny with the floaty ring.  Sometimes she couldn't get enough of it, and other times (sometimes only two hours later) she refused to go in it. 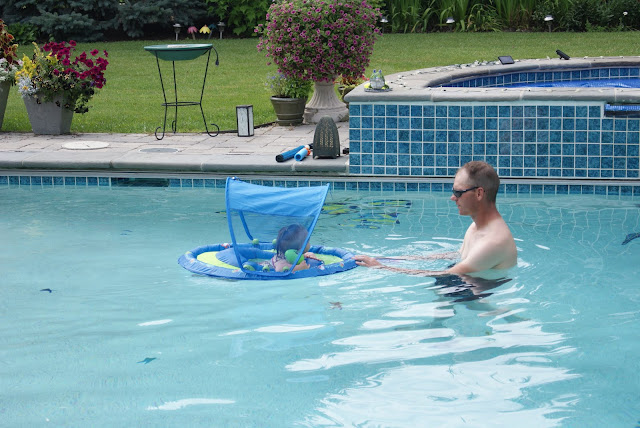 Besides swimming, there was lots of lounging around, chatting.... 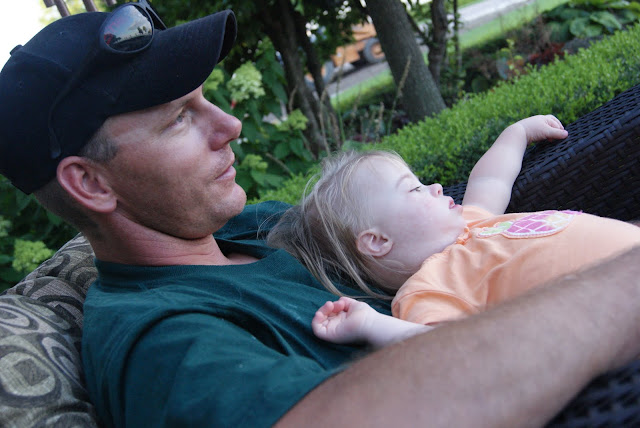 and just enjoying the view. 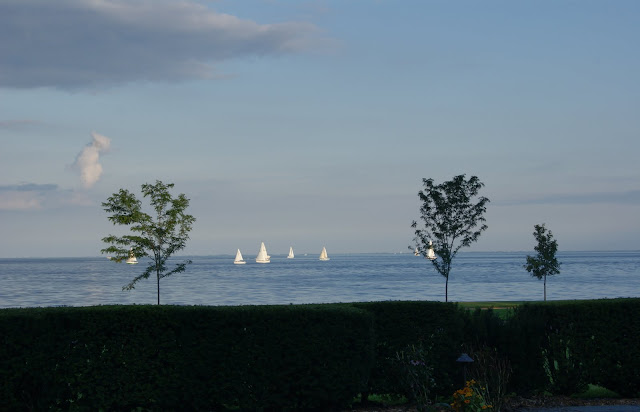 And since I did a terrible job taking pictures while we were gone, that's all I have for photos...
In addition to the pool, we also visited the Edsel & Eleanor Ford house.  The house and the grounds were beautiful. The house, though quite large, really felt like a home, even though it was filled with beautiful antiques and artwork.
We also took a boat ride down the river to Detroit.  I wish I had brought my camera for this. The difference between the residential neighborhood we stayed in, and the city of Detroit was amazing and sad.  The sheer number of abandoned buildings and open space in the middle of a city is hard to imagine unless you've seen it.
While it was back to work for us all today, we had a great, relaxing vacation.  I think this was one of the few vacations where I didn't need another vacation to recover from the one we just finished.
Posted by Melissa at 9:46 PM