This last few weeks (months?) have been so busy, both at work and at home, that I've had a hard time keeping up.  And as far behind as I was, it was just easier to take a break for a while.

So, what have you missed?

Sleep Study:
At the end of September (see how far behind I am??) Claire had her sleep study.  She sleeps like a log for a couple of hours, but then flip flops the rest of the night.  Some mornings she is just tired, and we wondered if her lack of good sleep was playing into the behavior challenges we've been having.  Unfortunately (fortunately?), the sleep study didn't give us too many answers.  She doesn't have obstructive apnea (from her tonsils), but some incidences of central apnea were noted.  The doctor said that if he counted them all, it would be significant, but that he thinks they were over-scored??  So, we are having her results looked at by the Down syndrome clinic in a couple of weeks, and we should know more then.

Claire did great getting hooked up with all the wires and fell asleep pretty quickly.  We waited until she was out before adding the nasal canula.  In typical Clairey fashion, she woke up about 4 am (earlier than usual), and wouldn't go back to sleep, so we had to end the test early as she kept pulling the wires off with all her tossing and turning.

The first picture and the second video were taken so she could see herself in my phone, and she was hamming it up for herself.  :) 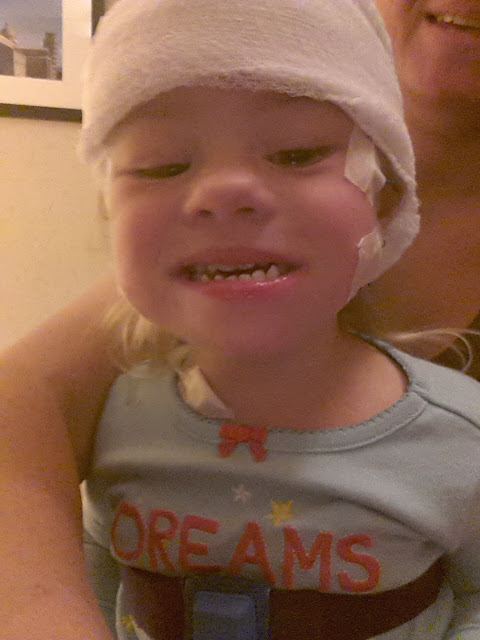 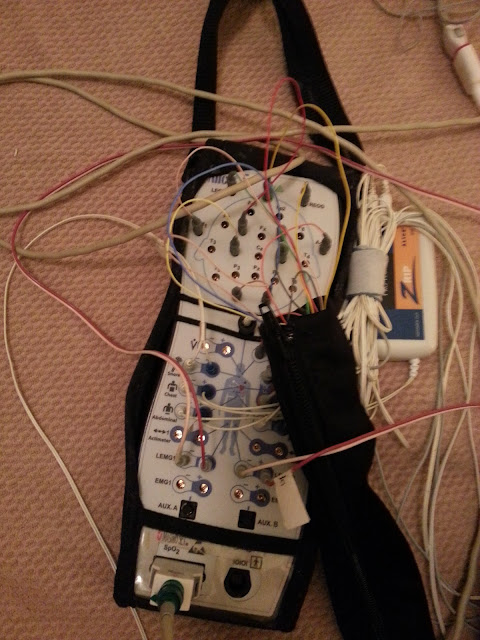 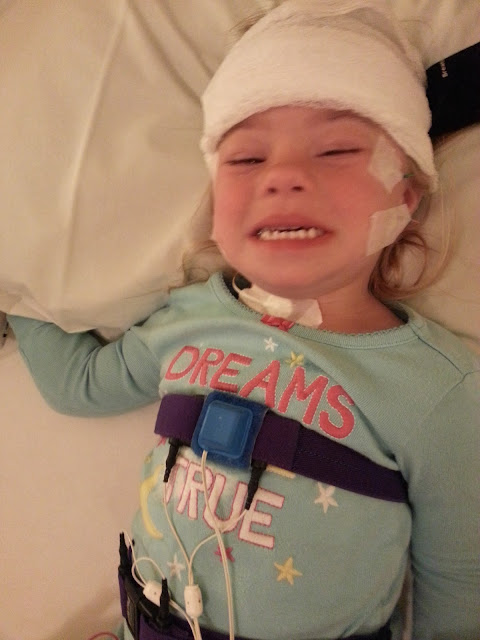 PEP Conference:
PEP is a conference put on by the Colorado Department of Education, and it is the only conference of its kind in the country.  It is put on by parents, for parents, but providers and educators can also attend.  It covers all kids of disabilities and all ages of children.  Topics presented on include the grief cycle, IEPs, and disability and the law.  The program is funded by the Department of Education and the hotel room and most meals are provided.  If you are in Colorado, I strongly recommend you consider attending.  It's an empowering weekend, and well worth the time.

Lots of antibiotics:
My mom and Bridget went to the PEP Conference with me as Bridget had a bit of a bug right before we left.  The day after we got back from PEP, Bridget still had a low grade fever, and she also had a rash show up on her back  So off to the doctors we went, where the verdict was strep.  This was followed by a call to my mom (who also didn't feel well), and she had strep too.  We figured Claire was next, so I got her into the doctor that afternoon too.  Claire may or may not have had strep, but she had fluid in her ear, so she went on antibiotics too.  A couple of days later it was my turn to call the doctor and take him up on his offer for a prescription too! 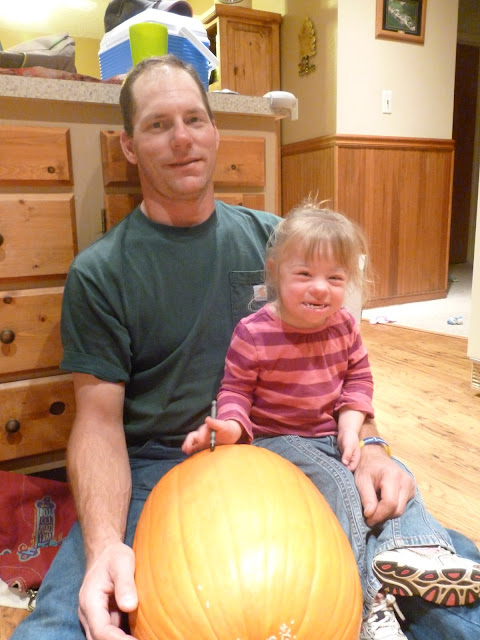 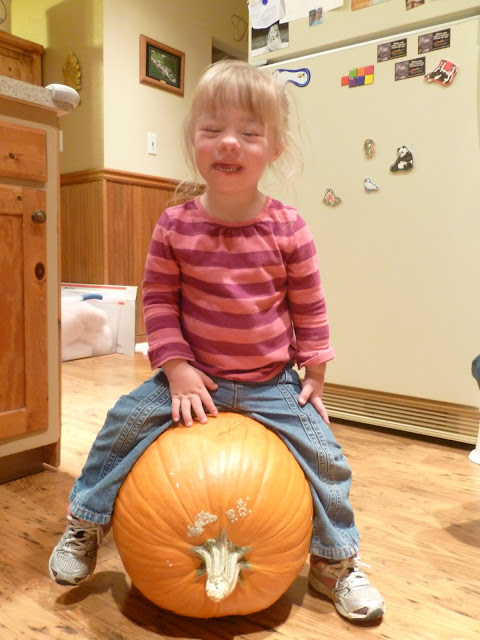 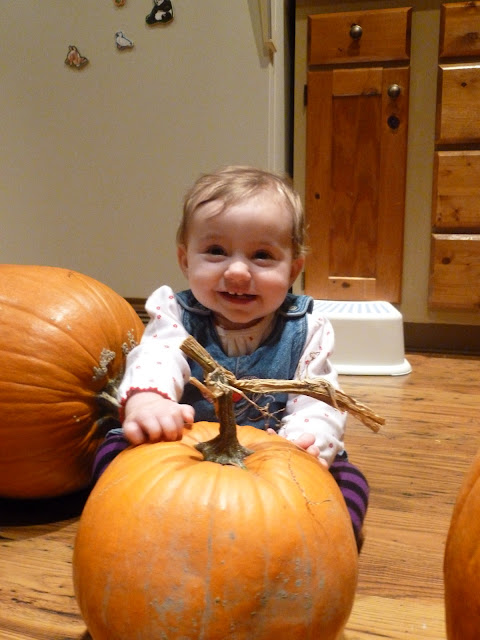 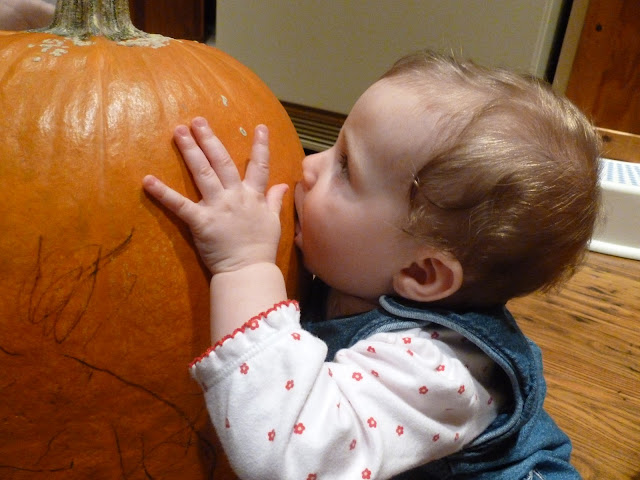 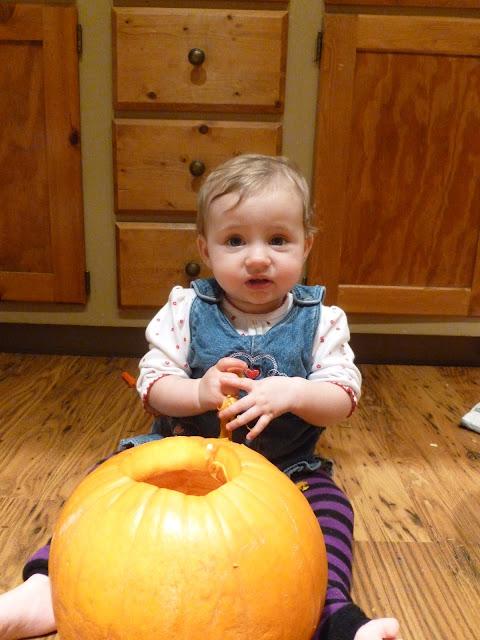 Halloween:
Our church does a carnival every year with games and bounce houses.  Since Claire really isn't into candy, this was a better choice that traditional trick-or-treating.  The girls looked adorable, but I never got any good pictures of them in their costumes this year, just a few snapped at the church.  Claire *loved* the huge slide and went down many times by herself and with Darren. 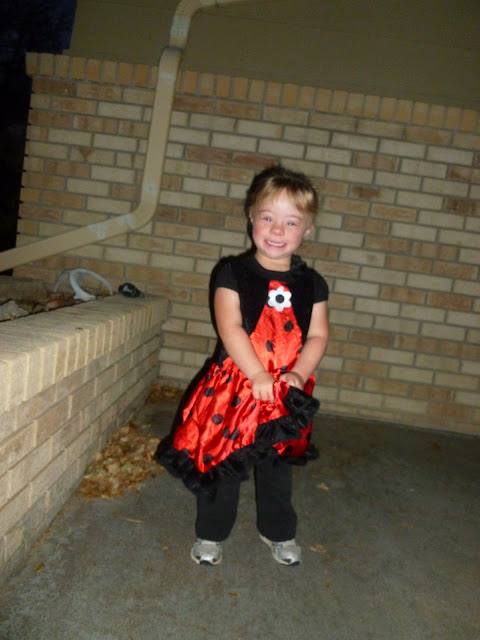 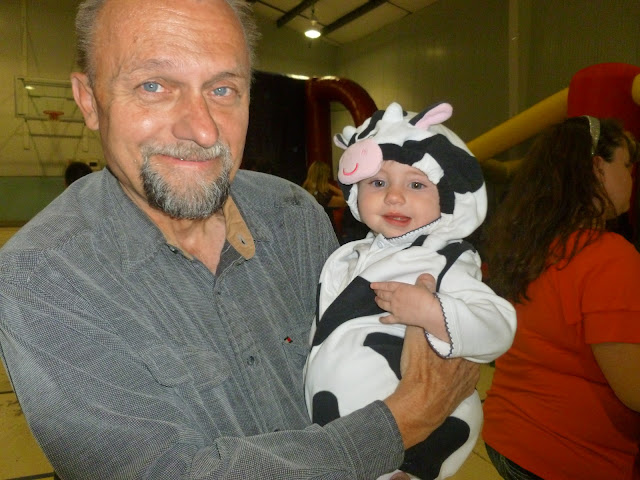 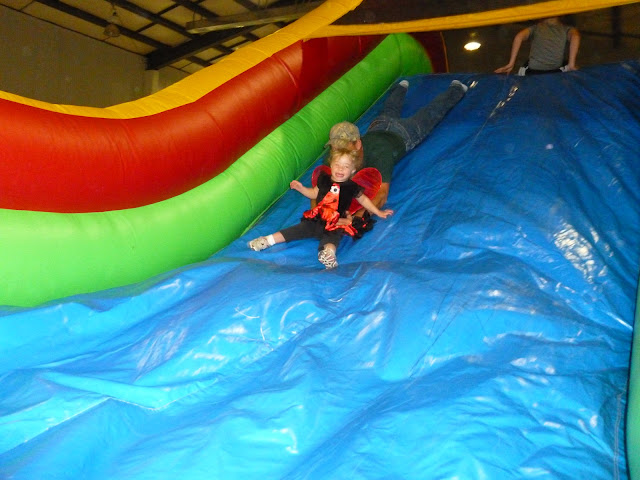 Preschool Assessment:
I was so nervous for Claire's preschool assessment. I wanted her to do good, to show all of these people her awesome skills, but I just wasn't sure how she would do.  You get Claire on a good day, and she will show off and charm everyone.  If it's a bad day you will feel the force of her tantrum.  Luckily, the assessment fell on a good day.

Of course, she didn't cooperate on *everything*, but I was awfully impressed by her.  She wouldn't point to the baby's eyes or nose, but she stacked blocks and sorted items correctly into containers, and showed off some of her words and signs.  I got a copy of her assessment last week as we prepare for her IEP (in 3 weeks), and I think it showed a pretty fair representation of her skills.  Some things aren't checked that she obviously knows (like action words...eating, sleeping), but I'm good with the results we got.

Tubes are Scheduled:
Claire has had fluid in her ears, and been on antibiotics, twice in the last couple of months. About ten days after she finishes her antibiotics her ears and sinuses fill back up with gunk. She's been congested and uncomfortable so we decided that it's time to put her tubes back in.  She'll have her neck x-rays done a couple of days before the tubes just to make sure all is well there, and when the tubes are done she'll have an ABR done at the same time just to be sure her hearing is good.

Whew!  I think that covers the highlights anyways.  :)