Share
Bridget turned three weeks old yesterday.  She is doing wonderfully, growing like crazy (She was down to 7lbs when we came home from the hospital, and she was up to 8lbs, 6 oz at her two week appointment), and is generally a very happy baby.  Her cord stump did get infected about a week after we got home from the hospital, but it has finally cleared up.  The best news with that is we don't have to do sponge baths anymore.  I can't wait to get that little girl in the tub tonight and scrub her.

The transition to two kids has been smoother than I thought it would be.  Granted, I've only had both girls by myself for about three days, but they've gone well.  We've been able to make it out of the house to appointments and story time almost on time.  Pumping is by far the most challenging time of the day with both girls.  Claire knows when I can't help her or hold her, and that is of course when she needs me.  At least when I'm nursing I can sit on the couch or the floor with her, but pumping offers fewer options.  This is when Signing Time comes in very handy!

Claire is still really good with little sister...for the most part.  There have been a few times she's been too rough, both intentionally and unintentionally.  Usually the unintentional roughness comes when Claire is signing or singing with her.  She'll take her hands to do Itsy Bitsy Spider or to show her signs, and sometimes will pull a little too hard.  And then there are the times she'll just grab a hand or foot and just yank.  That's the indicator that it's time for Bridget to sit in the swing while Claire gets some momma time to herself.

I've been comparing my kids.  Not in a one kid is better than the other kid way, but more of a look how different (and how awesome!!) each of my kids are. The differences are small, really unimportant, but still unique to each child.

When Claire was little (NICU little) she had the most amazing grip.  She would grab your finger with her little hand and hold on tight.  All of her nurses would comment on the strength of her grip.  It was like she needed to be close to us, just as much as we needed to be close to her.  Bridget rarely holds on to anything.  She's held a finger a few times, and occasionally will get a handful of shirt while she's nursing, but she is content to be held, and not holding on to us.  Not wrong either way.  Just different.

Claire was (and still is) a champion burper.  You could just move her to your shoulder to burp, and get a huge belch.  Bridget...not so much.  I can burp her forever and not get anything.  I wish she took after her big sister though because we've been fighting some colic-y, belly ache-y stuff in the evenings.  It's not terrible, you can just tell she's a bit uncomfortable.

The biggest difference with Bridget is that when she is awake, she is awake.  She has huge eyes that just stare at you.  She'll happily lay in your lap and look around for an hour at a time.  When Claire was this age, she was always tired.  Her unrepaired heart took a toll on her, and I don't remember her being awake for such long stretches so young. 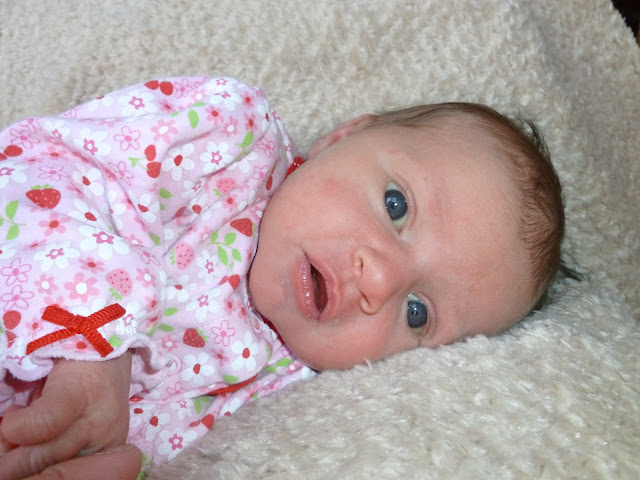 Claire has been quite the entertainer then last few days.  She got this microphone for Christmas, but recently found it again.  It sings Be Our Guest, and Claire will sing and dance around in circles, laughing hysterically the whole time. 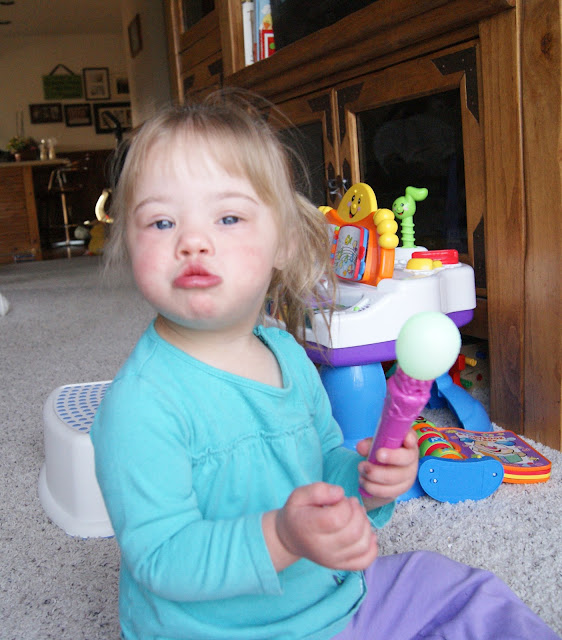 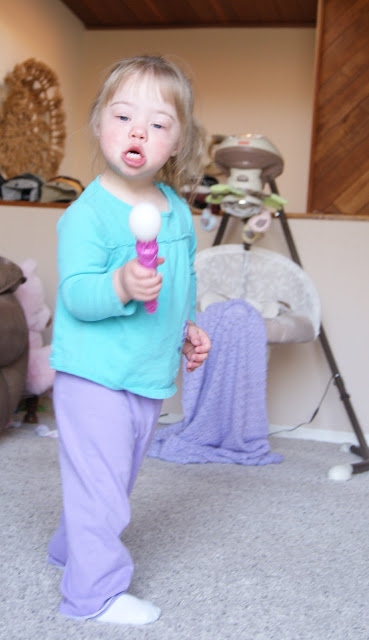 And Claire reminiscing about her younger days.... 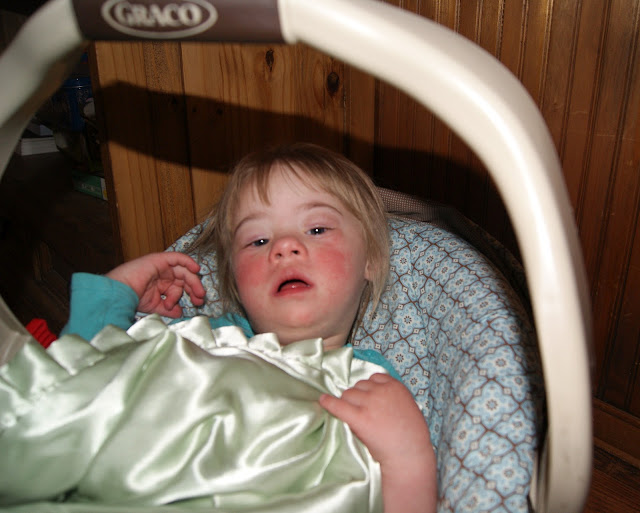